Coupeville • Destination Whidbey • Neighborhoods • Things to Do on Whidbey • August 30, 2021 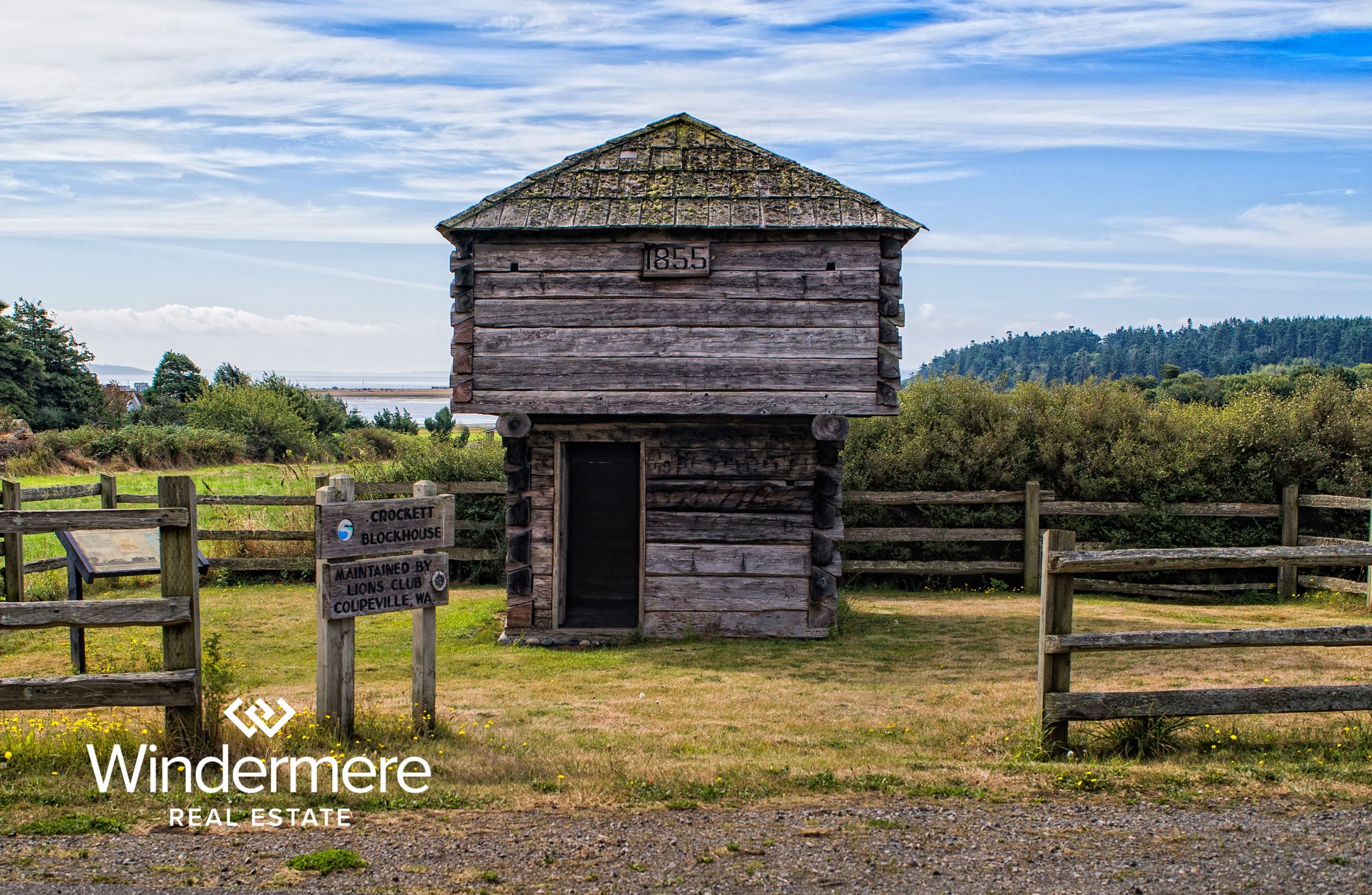 In the late 1850’s, word of the Indian Wars came to Whidbey Island encouraging settlers to construct blockhouses as an effort to protect their families and land. After several other blockhouses were built by other settlers Col. Walter Crockett built his own in 1857. These houses were small two-story buildings built with logs placed horizontally parallel to each other. The top story was considerably larger than the bottom with numerous gun ports to provide visual access from all directions.

Luckily, no war or invasion ever transpired and the blockhouses were never used for their intended purposes. Many became storage locations for goods and one even became a law office. Over the years many were repaired and transformed into historic monuments.

Today, the Crockett blockhouse is one of four that remain part of the Ebey’s Landing National Historic Reserve and have been maintained to preserve this piece of history.

Related Articles
Q1 Whidbey Island Market Report 2022       Interested in digging deeper into the stats on Whidbey Island? Check out more stats here. Whether you are considering buying or selling let’s connect so that you have a trusted real estate advisor on your side who can help you strategize to achieve your dream of home ownership.
Q1 Gardner Report 2022
Lagoon Point Lagoon Point is one of just three canal communities on Whidbey Island where you can dock your boat right in front of your home. This rare style of a planned community used to be a large salt marsh before developers pushed earth around, dredged, and carved out a canal from Puget Sound down to finger […]